Most of our beloved ‘tables have an pivoting arm on the top right side; this holds the cartridge, and in the cartridge is the needle or stylus.

When a record is spinning and the needle drops into the groove the needle actually would prefer to hurtle right into the centre of the record and stay there. Obviously the groove helps to keep things in place, but that little needle is somewhat determined…..

On most arms there is a little dial or knob, sometimes labelled ‘anti-skating’: it’s this little device that tries to provide an equal and opposite force and so keep the needle dead centre of every groove. Usually badly adjusted, this device is your protection against the dreaded Inner Groove Damage.

Have you ever noticed that the last track on your favourite records has a tendency to distort? Why the last track? Because this homing tendency for the needle increases radically as it gets closer to the centre. What you’re actually hearing is the left hand side of each groove that has been worn away by the needle in its attempt to escape its vinyl prison.* Once this happens there’s not much to be done, except find another record and fight back!

Properly set and adjusted, antiskating works very well to protect your records (and needle, and the shaft or cantilever that the needle is mounted on). It’s one of those things that should be taken seriously if you want your vinyl to last – and one of those things we’ve all neglected at one time in our listening careers.

*And isn’t it strange just how often the last track is your favorite? The vinyl gods have a strange sense of humor……

Some Anti-Skating Concepts on Turntable Tonearms: 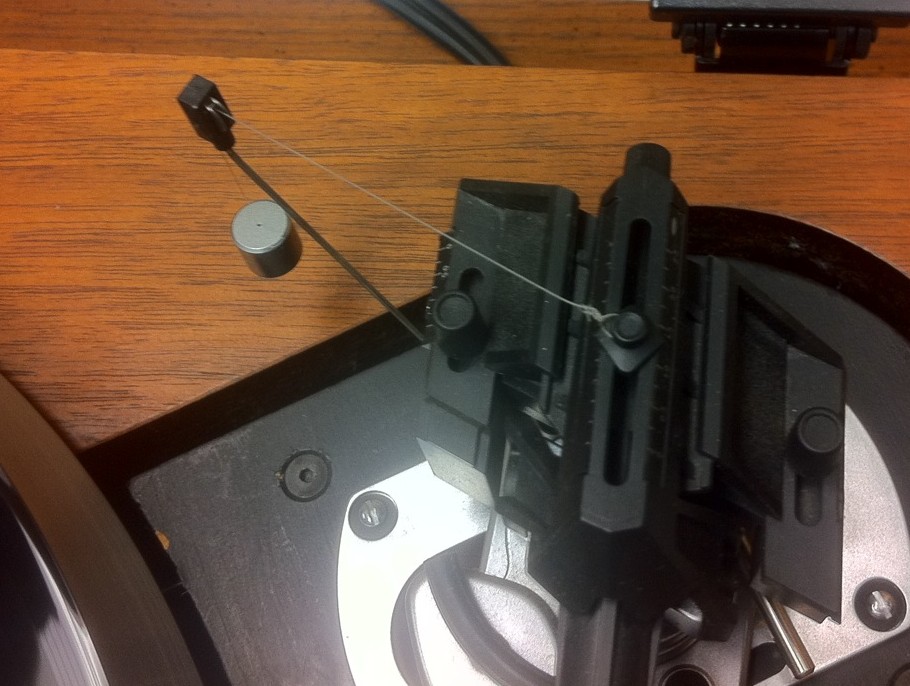 This is the simplest type of anti-skating device, where a small weight on a thread is linked to the arm, and applies a constant force, pulling the arm outwards, neatly countering the inward force:. Gravity is the principle here. There’s usually (as in the case of this beautiful SME arm) provision for varying the amount of force applied, and this is essential when changing cartridges and tracking weight. 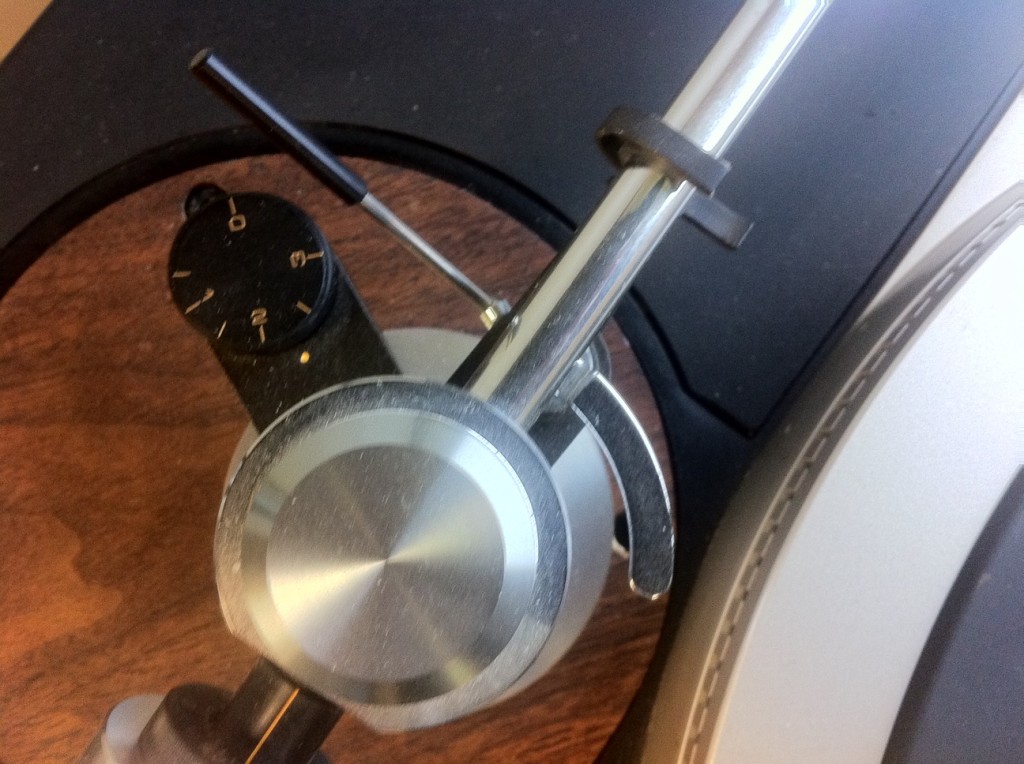 Here’s a very pretty Graham Robin arm: in this design, and it’s a common solution, the anti-skating force is applied using a hidden spring. This may not be as <elegant> as using a weight on a pulley and thread, but it is perfectly effective, and, as in the case of the Robin, there is a convenient scale allowing the user to set the anti-skating force in grams, much as one would in adjusting the cartridge tracking weight. 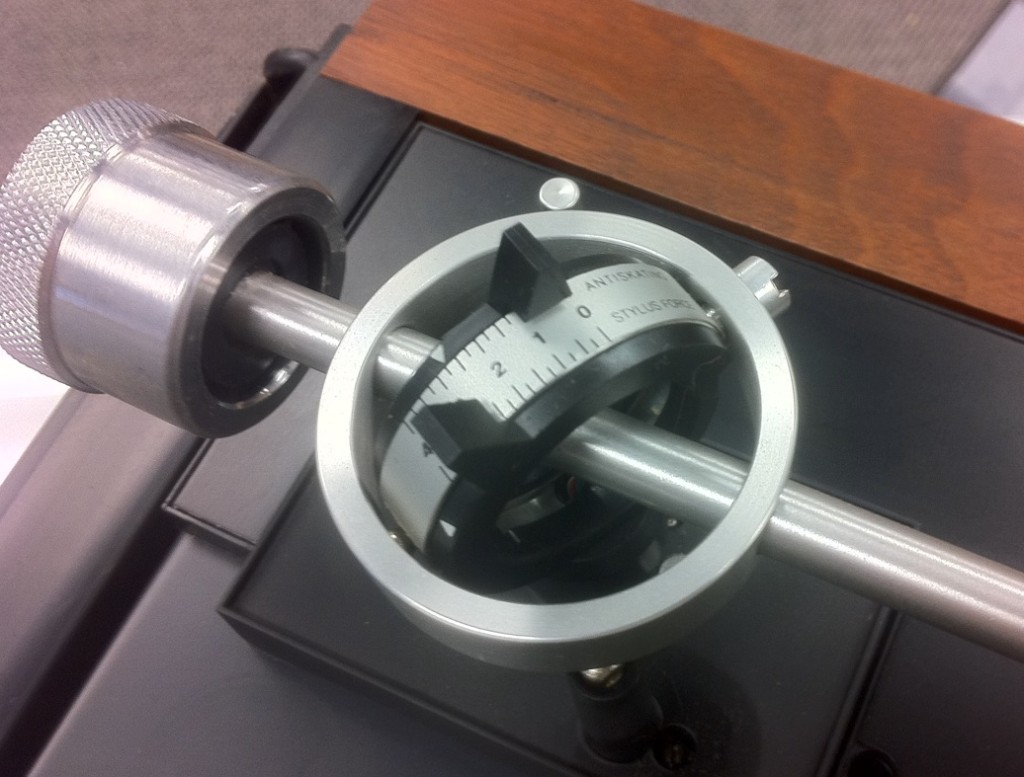 And finally, just because it’s so cool, here’s another spring arrangement for anti-skating, this time set into a beautifully made gimbal. Dating from the mid 1970s this hails from the late and unlamented BIC 1000 table. A very well made unit from the US, this turntable bristled with innovative features (not the least being two motors, one for the drive, and one for the auto functions)

Anti-skating doesn’t get much prettier than this!