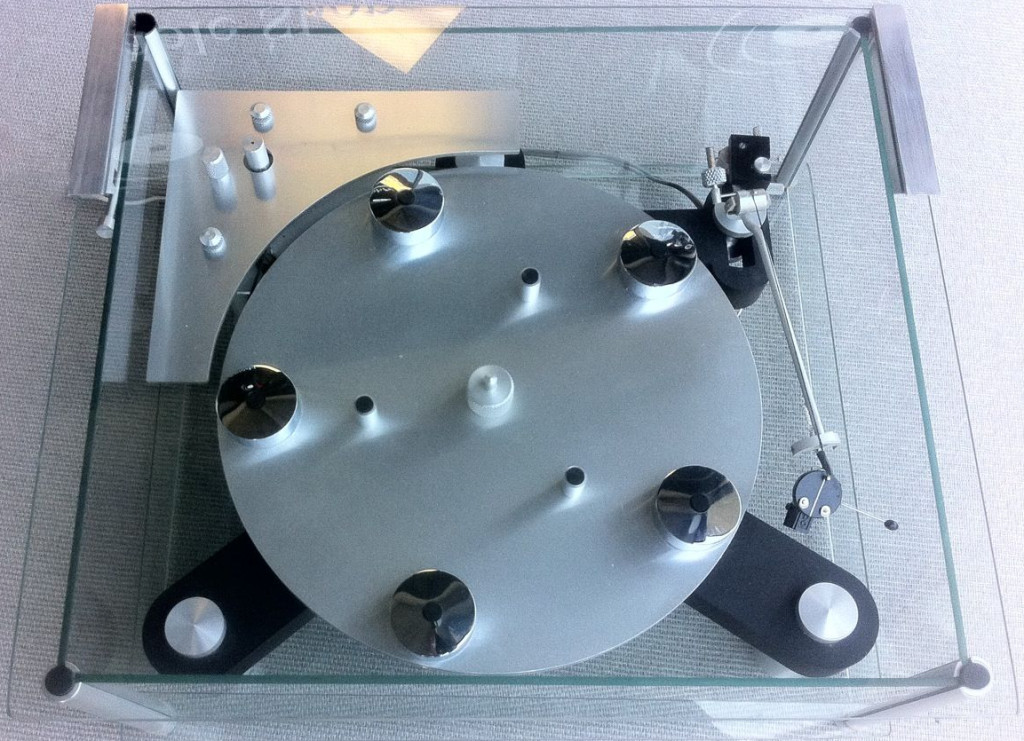 Perhaps the most beautiful turntable ever designed, the Transcriptors Skeleton, circa 1973, still arouses the same astonishment today that it did some forty years ago. Designed by the late genius, David Gammon (and apparently initially sketched on the back of a cigarette packet) the Skeleton  is a true beauty.

Although in some ways a relatively conventional belt-driven unit, there are some features of this table that still elicit debate. Gammon’s testing of various record supports led him to ‘support’ the vinyl on a number of tiny rubber nipples, set into polished pucks. These rested upon a beautifully machined 12″ platter with a small but fine main bearing. In some iterations of the Skeleton this platter had extra weight around the periphery, no doubt to improve on the already impressive rotational speed accuracy. This vinyl support method still produces debate, some saying it cannot work due to insufficient contact, allowing the record to resonate) and others who simply say “just listen – yes it does work!”.

This miniature article is not the venue to rekindle the argument; we like it, but respect the views of the detractors. 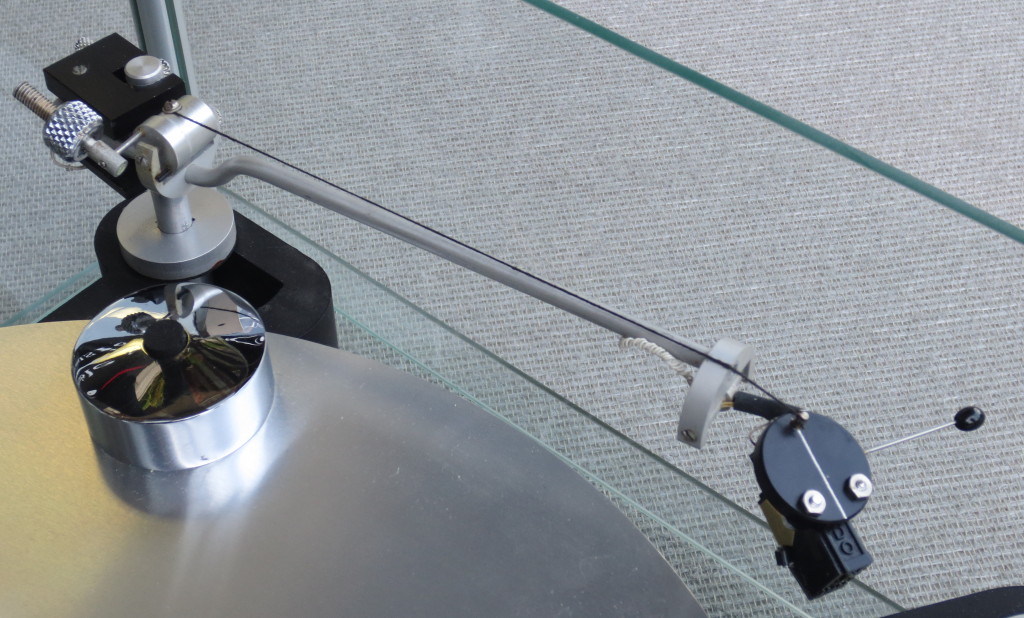 What is perhaps even more surprising, both concept and theory, is the so-called Vestigial tone arm. It certainly lives upto its name. The “arm” is really just a wafer of aluminum, supported by a string, at the end of a  tube that can only swing sideways. All bearings are jeweled, and the ‘arm’ exhibits vanishingly low levels of friction. The mass of the arm and the low levels of friction can theoretically allow tracking forces of as little as 1/10 of a gram! This figure has never been equalled, and by comparison most tone arms are massive and bulky. Whilst we might not recommend such a low tracking force, the theory behind the design of this unique tonearm is at once compelling and demonstrable: the arm is a thing of iconoclastic beauty. Had this been David Gammon’s only contribution to the world of record-playing his name would deserve to live forever. In a cooky-cutter world of industrial design this kind of thinking is exceedingly rare, and should be treasured.

Maybe there is a criticism, and this is the glass case that encloses this jewel of a turntable. Doubtless it can resonate, and we wouldn’t want to play it at very loud levels near to a speaker; feedback would certainly be a strong possibility. But, at moderate levels this would not be an issue. And, the glass simply contributes to a design the like of which we may never see again.

Mr. Gammon, may you rest in peace. You have made at the very least this writer’s world a better place; when the rest of the world turned left you maintained your own rightwards course, and I for one am exceedingly grateful.

The Transcriptors Skeleton: truly one of the icons of the turntable world.

See our Rare Turntable Museum for more pictures of this beauty.

In our next tribute to David Gammon we’ll examine another treasure; the even more surprising Transcriptors Transcriber. A relatively short-lived design, and extremely rare, the Transcriber breaks just about every conventional rule of turntable design. And it works, wonderfully well!

3 thoughts on “Transcriptors Skeleton Turntable Review – Perhaps the Most Beautiful?”