This year I turned 40. It’s a “milestone birthday” that tends to get people seriously reflecting on their life. Where you have been and where you are going are some of the questions you might ask yourself. In addition to the life questions that I’ve been pondering, I started to think back to my 10th birthday. Particularly, I thought of the very first record that I ever purchased with my own money. My parents were always music fans and had it playing frequently in our house. As a result, I developed a taste for music very young and it’s been a constant in my life ever since. 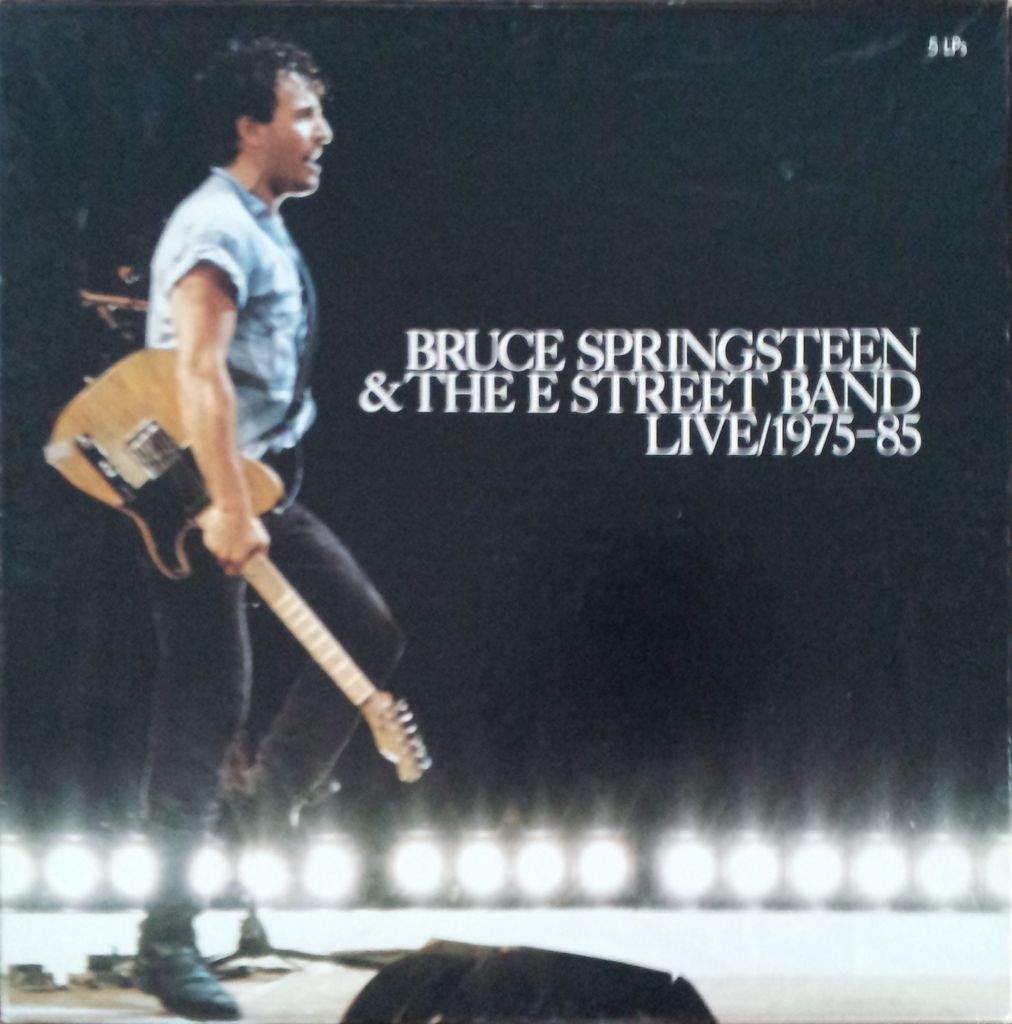 It was the summer of 1984 and I had just started my first job delivering newspapers for the “Langley Advance”. I was so excited to be earning my own money; it created a feeling of independence, the first sign that you were growing up. The thrill of opening up a bank account and depositing my earnings was a really special memory for me. The best part of this experience was the ability to finally start collecting my own music!

It is such an exciting day when you buy your own music. I vividly remember my Dad and me driving down to the Vancouver A&B Sound store. Both of us selected Bruce Springsteen – “Born In The USA” on vinyl that day, but the difference was that I had my own copy. We raced home and spent the remainder of the day playing the album over and over.

I grew up listening to Springsteen and his music amongst other classic rock greats. I spent hours pouring over his records and always loved the power of Bruce’s vocals and the huge wall of sound behind him. For more than four decades, Springsteen has managed to move with the times and reflect these events into his memorable music and albums. His songs have woven their way into the fabric of my personality and enriched my life experiences for the better.

Now 20 years later, Bruce Springsteen’s first seven albums will be reissued as a cd and, more importantly, a vinyl box set this 17th of November. Titled “The Album Collection Volume 1 1973 – 1984”, 5 of the 7 albums will see a first time of being remastered.

Springsteen himself worked with long-time collaborators Toby Scott and Bob Ludwig. The work of these engineers means that they went back to the original analogue tapes and transferred the audio using a technique called the “Plangent Process”.

“Plangent’s Website, it is a software/hardware package combining state-of-the-art contemporary analog electronics coupled with unique digital signal processing. Unlike other familiar restoration tools which are additive (such as equalization or companding), or which attempt to subtract noise (but also inevitably subtract ambience and potentially add other artifacts), Plangent Processes does nothing but re-conform the existing waveform to a much more highly accurate timebase, shifting it back to the shape it took on before the tape mechanism distorted it’s timing.”

“I didn’t expect that the first three albums especially would sound so suddenly clear and full of depth,” Ludwig went on. “I was hearing parts that had never stood out before … the horns and percussion on E Street Shuffle, the guitars on Sandy … The arrangements seemed to come together in a way that I was literally hearing for the first time.”

“Each of the newly scrubbed records will be packaged in a recreation of its original sleeve, and the set’s comprehensive liner notes include old photos and vintage press clippings. According to Ludwig, Springsteen has already agreed to the remastering of “the remainder of the catalogue”. It’s a slightly different project: compared to Springsteen’s early records, which were mixed to tape, most of the later albums were mixed to digital. “It is more a matter of finessing the original to retain the intent while improving the fidelity and creating 24-bit final masters,” Ludwig said.

“Do they sound different? Absolutely!” he promised. “If I didn’t already have them, I’d go out and buy the new versions – and this is from a fan, not a marketing person.”

So the question to ask from all this remastering boasting going on, is it actually better than the original? Well, I plan to purchase the vinyl box and find out. Is Springsteen making more money off me with albums I already have? Yes and No. You see, I don’t currently own his first seven on record, just CD, and feel that this is a justified reason for a lifelong Springsteen fan to “pony up” the $200 and pick it up along with the included 60 page book (I might add).

This many years later and I still get a thrill when buying new music (or older remastered stuff) for the collection. I guess I’m just a music junkie without a cure.